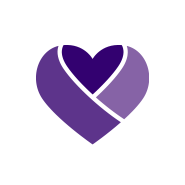 Care for the Caregiver

Care for the Caregiver

Family caregivers now can receive one-on-one support and guidance at no cost from CJFS, through generous grants provided by the United Way of Central Alabama and Community Foundation of Greater Birmingham.

“The pandemic only heightened the stress that many family caregivers were already experiencing,” said Pam Leonard, LBSW, a Certified Dementia Practitioner and Program Director of the CFJS CARES respite program. “By providing one-on-one support for these caregivers, either on the phone or through a video app, we have been able to provide guidance, connect them with appropriate resources and let them know they are not alone on their journey.”

Karine Kersh turned to CJFS for one-on-one support after her mother suffered a life-changing fall in April. “She had been living independently, she was still driving, and she was enjoying her life,” Karine recalled. Then one day, when she was unable to reach her mother on the phone, Karine found her on the floor of her home. The pandemic prevented Karine from visiting her mother in the hospital or the rehab facility where she was discharged from the hospital. “When she came out, she wasn’t able to do anything for herself physically, and she had also begun to show signs of cognitive decline,” Karine said. Pam helped steer Karine toward the resources she needed to get her mother settled in an appropriate care facility. While that was in the works, Karine was struggling to care for her mother at home, and Pam regularly called to check in with her. Because of the pandemic, Pam and Karine never met in person; still, Pam provided the practical and emotional support that Karine needed.

“I always felt like she steered me in the right direction, and sometimes she just called to see how I was doing,” Karine said. Until her mother was in a full-blown crisis, Karine said she knew very little about the clinical and financial realities of elder care. “It’s all so unexpected, and then one day you’re having to learn about Medicare and Medicaid,” she said. “It’s like being plopped down in the middle of a country where you don’t speak the language.”

“Knowing that Pam is talking to other people in my situation, it made me feel less alone. Sometimes, all I wanted to know was that eventually we’d work our way to where we were ok. Pam gave me that reassurance, and looking back, I can see that that did happen.”